You are here: Home / Archives for Treaty Six Territory 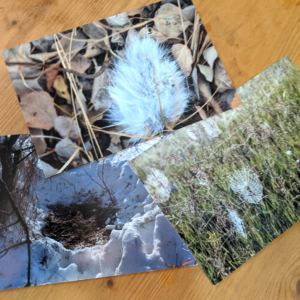 Days later, they never reappearDays later, they continue to be invisibleLike many things, they are transitory, elusiveI have not seen them since - ever" In the past couple of months, three poem & photo postcards have reached our mailbox from …